The “Blowing” update for POSTAL 4 is NOW AVAILABLE! Now with 100% more explodable cars! 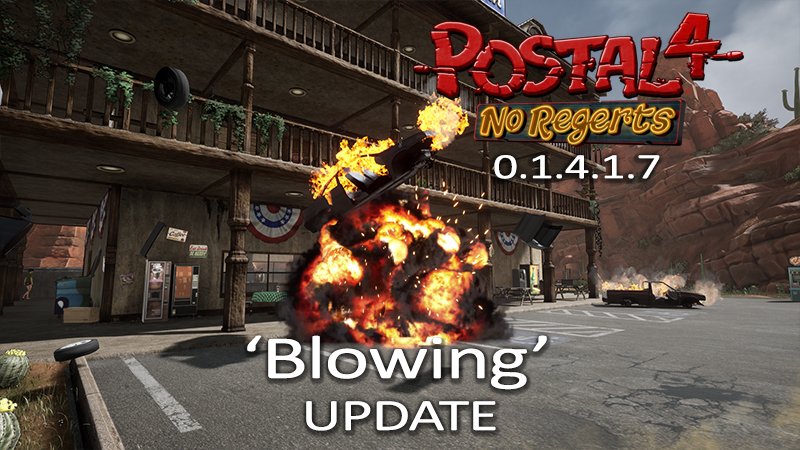 We are bustin’ our asses getting the ‘Tuesday’ update ready so you guys can get sucked into a bunch of new errands, but in the meantime we thought you’d appreciate a small update that blows – presenting: explodable cars!

Broken Kevlar pickup that was causing the game to crash

Random crash that would sometimes occur around the Animal Catcher area