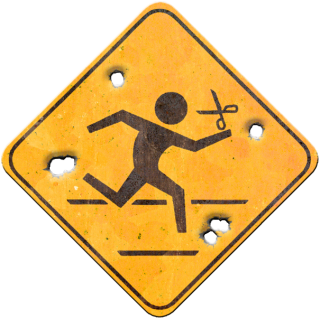 Salutations, fine members of the POSTAL community. We come to you today with some exciting news for POSTAL 1! Not only is the title on a 90% off sale for the few days, it has also received a big update with several major improvements.

POSTAL 1 is, of course, the quaint little isometric third person shooter that launched a series and played an important role in gaming history. However, when viewed today in contemporary eyes, it’s often seen as having one glaring problem: the clunky tank control scheme. This control setup has not aged gracefully over time, and we’ve heard the many requests from fans to introduce more modern twin stick type controls. We were able to implement these when we released the game on Android via the Amazon Appstore, and today, we are happy to announce we have back ported these improved controls to the Windows and Linux versions!

We have also added the following improvements:

If your potato was unable to run Hatred, you can now check out the game that inspired its creation while still enjoying the benefits of modern twin stick controls!

Sorry, Mac men and women, we were unable to get these updates ready for you. Fear not, though, as you’ll be receiving the massive and long-awaited POSTAL 2 collective update in the very near future!

Oh, and don’t think we’ve forgotten! News about POSTAL Redux, the HD remake of the original POSTAL, will be coming soon!